Want Better Behavior From Your Preschoolers? Try Changing What Your Children Are Watching On Television 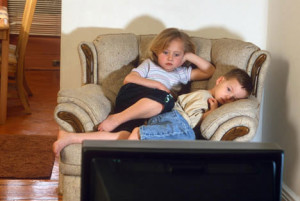 A new study has been done concerning children’s television habits and how it effects their behavior.  The study was facilitated by the Center for Child Health, Behavior and Development at Seattle Children’s Hospital.

The study concludes that if you can swap out violent TV programming for educational shows with healthy behavioral messages, you will see a change for the better in your child’s behavior. Researchers found  that after 6 months of replacing a preschooler’s exposure to violent programming with educational television that they showed declines in aggression and/or being difficult.  These preschoolers also showed more empathy and helpfulness.  The amount of television watching was not changed for the preschoolers but low income boys, who watch the most television, had the most improved results.

The average preschooler in the United States watches 4-5 hours of television a day! The American Academy of Pediatrics discourages TV and other media use by children under age 2 and says it should be limited to less than 2 hours a day for older children.