Overweight 5th graders who watched 30 hours of TV and had an obese parent had a 21% chance of becoming obese in 10th grade. Overweight children and adolescents can get fit but they must overcome some lifestyle challenges. A new study by Mark A. Schuster, MD, PhD, of Boston Children’s Hospital finds that obese 10th graders were already overweight as 5th graders. The 5th graders were more likely to become obese if they watched too much television or had an overweight parent. 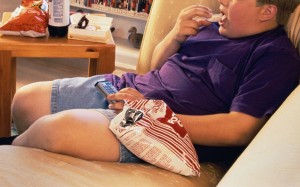 Researchers studied 3,961 public school children when they where in 5th grade and then again when they were in 10th grade. The heights and weights of the children and one parent per child was taken. Students also answered questions about their body image, exercise, TV watching and their diets.

The study was published online Nov. 10 in Pediatrics. The Centers for Disease Control and Prevention funded the study. The authors did not declare any conflicts of interest.

It was commonly believed that habits are formed between ages 11-21 years old but the studies shows by 11 years old or 5th grade that many children already have bad eating habits and poor self image.

Children learn better and have better focus if they have regular exercise in gym as well as recess. This exercise should be reinforced in and out of school to prevent obesity.

We believe that children are more than just “little adults.” They have unique personalities, challenges, and life circumstances and we have made every effort to make our offices and care as “kid friendly” as possible. We have an aquatic theme in the waiting rooms (separated for sick and well children) as well as themed examination rooms. All of our physicians are Board Certified Pediatricians and members of the American Academy of Pediatrics and our nurse practitioners are all licensed Pediatric Nurse Practitioners and are available to see both well and sick children.
>> Learn More About Pediatrics of Florence