Did You Know That 1 Out of 5 High School Seniors in the U.S. Have Smoked a Hookah? 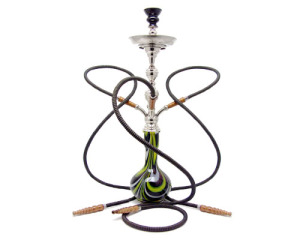 According to a new study published in Pediatrics, one in five high school seniors in the United States has smoked hookah.  A Hookah is a water pipe that has been used for centuries in the Middle East. Hookahs have recently become an increasingly popular method of tobacco delivery across the country. You now see them in some bars and restaurants offered at the table to share offer pipes for tables to share. Seems like the hookah is trying to slip in as a smoking method with less stigma.

According to another study in Nursing Research, the majority of teens who smoke hookah believe it’s a safe hobby and most definitely is not! Hookah smoke contains the same carcinogens and contaminants (like tar and carbon monoxide) as cigarette smoke, and still delivers nicotine.

Results From the Study

The FDA is Going to Get Involved

The FDA recently announced that it is going to create regulations for other methods of consuming nicotine soon. Electronic cigarettes and Hookahs will be on that list. Like anything that your teens are potentially doing, open communication with them is the best policy. Once the communication lines are open, you will be in a much better position to explain the harms hookahs, cigarettes, and other drugs can have on them.